post-title With Eye Catcher through their neighbourhood 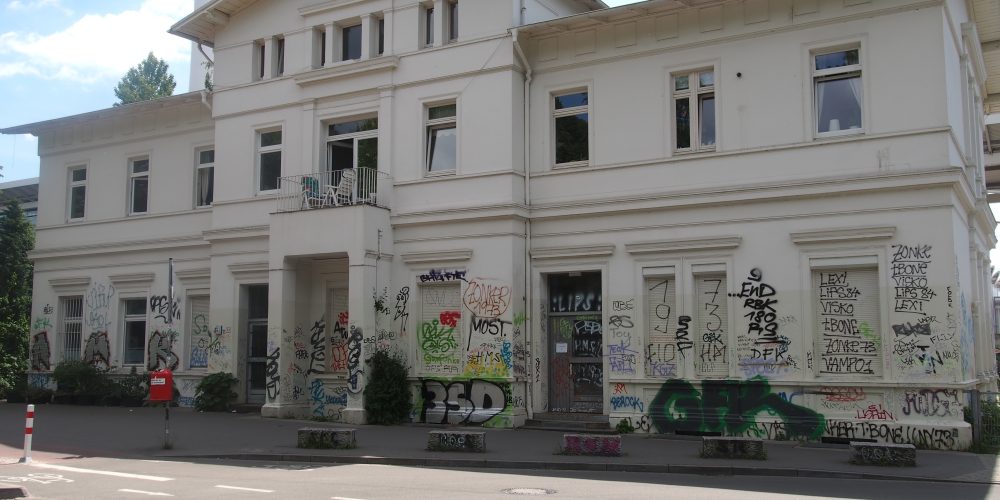 What a success! I’ve already received a tour through my new website – incredible!

The enterprise Eye Catcher from Hamburg wanted to do a two hours walk through Hamburg for their employees and friends. i was really keen on being with them. It is always a challenge to guide people from Hamburg through their own city as I normally learn new things as well. Some of Hamburg’s residents have a really vast knowledge of their town. We started in their office at Stresemannstraße and discovered the close neighbourhood on foot. Schulterblatt and Rote Flora were, of course, a must on our Hamburg tour. While the former Concerthaus Flora was already well-known, scarcely have people seen the whale’s shoulder blade, which gives the street its name. We walked through the Schanzenpark with its controversial luxury hotel and passed by Hamburg’s Television Tower, officially called Heinrich-Hertz-Turm, in order to enter one of Hamburg’s most famous parks – Planten un Blomen (Plants and Flowers). Roaming around here nearly makes you forget your are in Hamburg. You find so much green and silence here – especially on a lovely evening of June.

Following the Gorch-Fock-Wall we stroll along the former city walls and their former moats, which had protected the city from the 17th to the early 19th century, we headed towards the Laeiszhalle, the Higher Regional Court of Hamburg and its adjacent civil and penal legislation court houses. Focussing on the Brahms Kontor we faced question which noone could answer: What had been written above the entrance before the building was officially baptised “Brahms Kontor” in 2005? While we continued our Hamburg tour passing by the “Kinderbewahranstal est. 1852” which is in spite of its strange sounding German name the first children’s educational institution of Hamburg, we also had a look on the old Chamber of Handicrafts, which is still today a marvellous building. We enter the recently opened Composers’ Quarter at the Library of Low German and quickly get an impression of old-style half-timbered houses. We then arrived at the supposed highlight of the tour, St. Michael’s Church. We are punctual to see the doors of Norhtern Germany’s biggest baroque church close. :-( As acompensation we visited the little alley Krayenkamp, where traditional houses from the 17th century are maintained as a museum and restaurant. After this time shift the whole team went home – or into a bar. :-)

Next time, we will maybe visit the west  of Hamburg! :-)

HamburgGuideSarah hands over her seat in the EXBO of WFTGA For a year now, I have been co-opted member of the Executive Board of the World Fed